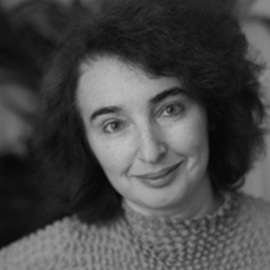 "The support of the Foundation was instrumental at the early stage of my career. I am truly grateful to Rick Sontag and the amazing team he was able to build for the opportunity to be exposed to great science and meet remarkable individuals that became my role models. Our basic research is now leading toward a clinical trial on GBM, the result I could not dream of only a few years ago, and that could not be achieved without the Sontag Foundation support."

Only about 2% of the human genome encodes for proteins; the biomedical research was, nevertheless, until recently, almost exclusively focused on this tiny fraction of the genome. The majority of the human genome is transcribed to non-protein-coding RNA (ncRNA), which is often considered as the “dark matter” or junk material. However, ncRNAs play diverse regulatory roles and represent critical elements that make humans highly complex and distinct from other animals. These regulatory elements are essential for normal physiologic functions and frequently dysregulated in disease. The brain, the most complex of human organs, is characterized by the extreme number and diversity of ncRNA species. The Krichevsky Lab investigates various classes of ncRNA, such as microRNA, lncRNA, and enhancer RNA, involved in the pathogenesis of malignant brain tumors and neurodegenerative diseases. Her research ranges from understanding the basic biology of ncRNA to the development of novel ncRNA-targeting therapeutic strategies for neurologic diseases.